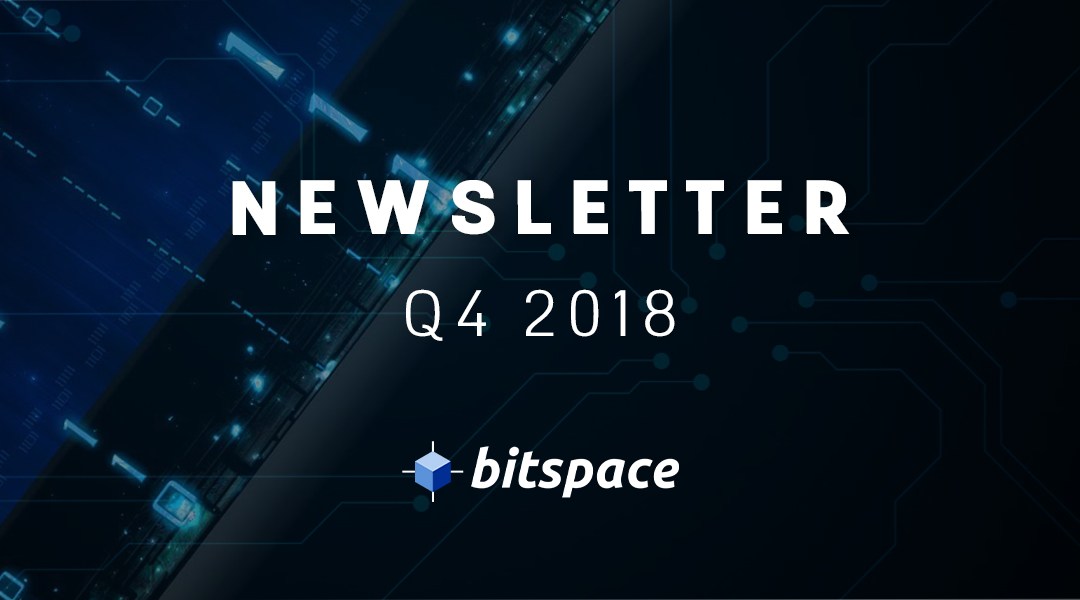 Entering the Christmas period, we are extremely excited about the progress of BitGate as well as the successful CryptoFinance conference that took place in November. Here is the final newsletter of the year on the latest developments around Norway’s leading Blockchain company.

In September, we announced our plans to launch BitGate in Sweden through an integration with established European crypto exchange Safello. Through Safello, who will be handling the purchasing of Bitcoin, Swedish users can use the local phone payment system Swish to buy and sell Bitcoin in the BitGate app. Read the entire press release on the BitGate/Safello integration here.

The BitGate/Safello app was later pitched on October 8th, at the Stockholm Tech Meetup, by Safello CEO Frank Schuil. In a completely packed room of 150 investors and entrepreneurs, BitGate received excellent exposure (photos below), and we are very excited to bring our product to Sweden, a country with an extremely entrepreneurial-spirited culture and a population twice as big as our own.

Are you Swedish or Norwegian?
Sign up for our BitGate Beta now!

On November 17th, BitGate was presented at our annual conference CryptoFinance 2018, Norway’s biggest crypto conference.
Check out the video below:

At CryptoFinance, former blockchain lead at EY and leading Norwegian cryptocurrency expert Bjørn Bjercke was announced as the new BitGate CEO. Getting an external and independent CEO is an important milestone in the development of the company.

BitGate has also recruited design strategist, serial entrepreneur and founder of EOSTribe (EOS Block Producer) Steve Floyd as Chief of Product. Steve is a world-class professional who has had tremendous positive impact on the company already. Steve, who is moving from Texas to Norway in early 2019, says one of the reasons he chose to leave a successful EOS Block Producer to join BitGate, was BitGate’s position to become a major market leader for Digital Asset wallets.

We are excited to release our new website for BitGate under the new domain:

Additionally we will keep operating the Scandinavian domains:

On the 17th of November BitSpace held the annual CryptoFinance conference in Oslo, Norway. The conference took place at the Radisson Blu Plaza Hotel in one of Oslo’s biggest conference venues.

For a third consecutive year, we welcomed major international crypto personalities as well as the entire Norwegian blockchain elite and representatives from major banks, public institutions and law firms. The number of attendees this year exceeded the previous years by a wide margin, despite the low market sentiment. Institutions and businesses from various sectors are still actively exploring opportunities surrounding the use of blockchain technology.

The day prior to CryptoFinance, BitSpace also organized a global summit for the Block Producers of EOS. This was the first ever global BP summit where over 40 BPs from all over the world gathered for fruitful discussions about security, governance and various technicalities of the EOS blockchain.

You can watch the entire Livestream from the summit here.

We have also released the separate videos from the the BP Summit here:

BitSpace Poland has finalized its registration as a Polish company, and has officially become BitSpace’ first international subsidiary with headquarters in Kraków. Through our Eastern European presence, we seek to recruit competent personnel and expand our reach into emerging economies.

On the last day of September, BitSpace hosted the monthly Kraków Bitcoin Meetup, this time featuring Austrian Economics icon Jeffrey Tucker. Tucker has written multiple books on cryptocurrency and P2P technology and is also the founder of the Bitcoin Embassy in Atlanta. At the meetup, Jeffrey gave an introduction to the Austrian School of Economics, going into depth about why it is highly relevant for understanding the emergence of Bitcoin.

You can watch part of his presentation here.

The October Bitcoin meetup was also a big hit, featuring the “Bitcoin traveler” Rafael Hauxley, who told his story about how he traveled the world for an entire year on just ONE Bitcoin. Rafael is currently working on producing his documentary film, where he aims at revealing the actual grassroots adoption of Bitcoin around the world.

Listen to the audio from the event here, and check out the photos below.

Finally, the last meetup of the year in December was held at the BitSpace Poland office at the Forklog crypto coworking space. At the event, Arash Rezvani went into depth about everything related to the Lightning Network and how to run a full BTC node.

Are you in the Kraków area?

Manuel Lains was present at the Nexus conference 19-21 of September.

Manuel Lains was a participant at the Space Panel at the Nexus Conference in Scottsdale Arizona alongside Colin Cantrell, Jim Cantrell & Jeff Garzik.