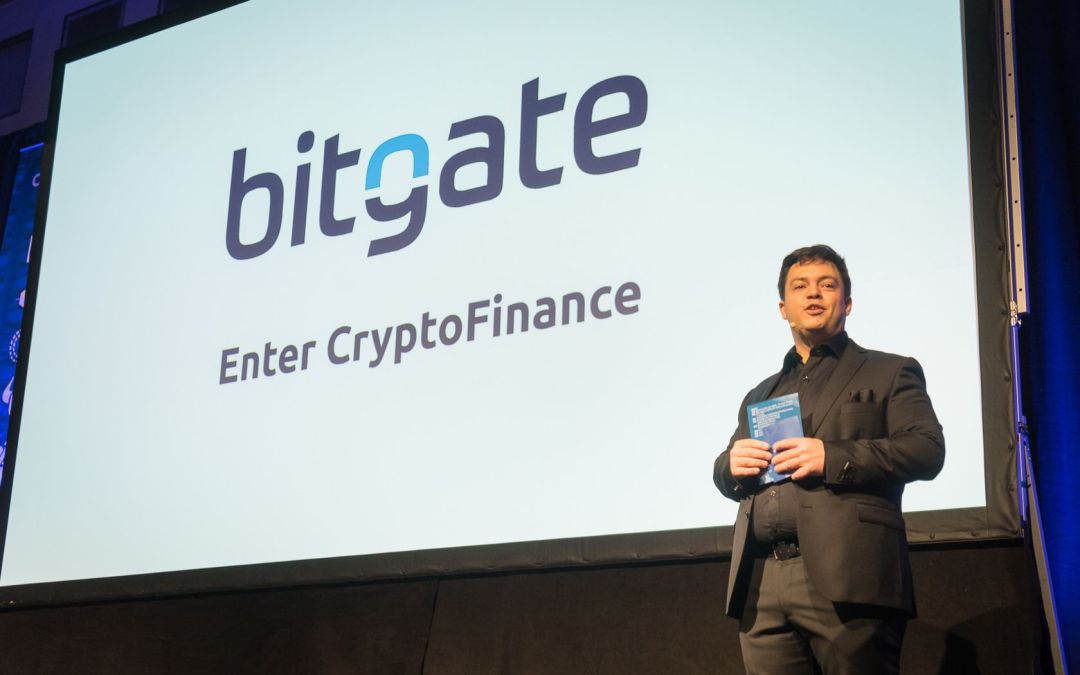 World-leading cryptocurrency personalities were flown in, national media were present, and the entire Norwegian cryptocurrency and blockchain community was gathered for a full-day event in Oslo, Norway on Thursday October 19th. In a packed venue, speakers from around the world gave their presentations on topics ranging from ICOs to decentralization to building new countries.

Around 150 people attended the conference

The view that met the speakers

The event was kicked off by Swedish Ivan Liljeqvist, the host of the popular YouTube channel Ivan-on-Tech. Having personally experienced the horrors of capital control, the Belarus-born programmer talked about why he does what he does and why Bitcoin is a crucial tool in the fight against hyperinflation and corruption.

Ivan’s introductory talk was followed by Stephan Nilsson, leader of the Norwegian Bitcoin and Blockchain Association, who gave an overview of the buzzing cryptocurrency industry in Norway. Then, Zarihoun Traoré, representing main sponsor eToro, demonstrated the interface of the eToro social trading network, before Cédric Cobban ( @cob ) explained how musicians and content creators may be paid for their work through the Muse blockchain.

The efficient sequence of speakers was followed by Norway’s Mr. Bitcoin Bjørn Bjercke, who hammered home the significance of verification and how Bitcoin allows users to not have to trust any third party. Mr. Bitcoin then introduced CEO and founder of European fiat-to-crypto exchange Safello, Frank Schuil. Frank explained Safello’s role in European markets and their integration of the BankID verification procedure for Norwegian customers.

Another one of our main sponsors, Friend, lets developers connect their applications to other apps running on the network to unleash functionality never seen before, and CEO Arne Blix gave a fascinating account of Friend’s plans to run an ICO. The first speaker session was ended by online course creator and YouTube educator Chris Coney ( @marketingmonk ), who made the case for decentralized exchanges. Check out Chris’ presentation below:

Chris Coney is a long-time expert on the BitShares technology

After the lunch break, founders of BitSpace and BitGate Manuel & Christian Lains got on stage to present BitGate, the first big company to come out of the BitSpace incubator.

The Norwegian brothers were followed by Robert Viglione, who laid out the idea behind the privacy coin ZenCash, which increased its value by more than 200 % on the day of the conference. The topic was then transitioned to the virtual world and the opportunity to implement blockchain technology in gaming and VR. Henning Rokling from Parsec Frontiers described the in-game cryptocurrency economy of his blockchain space strategy. PracticalVR CEO Micheal Reed followed up with a captivating live demonstration of his VR glasses, explaining a system in which users are incentivized to map the world by receiving blockchain tokens.

Micheal Reed was demonstrating his VR glasses on stage

The virtual session was followed up by Martin Wichmann from ETHLend, explaining their solution for peer-to-peer lending, and Max Wang from China Renaissance investment bank, providing the Chinese perspective on blockchains and cryptocurrencies. The second speaker session culminated in what turned out to be a highlight for many of the attendees, namely the appearance of Vit Jedlička, founder and president of Liberland.

“This is a world-class blockchain event, I can tell you.” This was the initial statement of Vit Jedlička’s appearance on stage at CryptoFinance. He went on to describe the current status of the Liberland project and outline the blockchain technology as a pillar for the 21st century state model that is Liberland.

The third and final speaker session was comprised of speeches from Lasse Meholm and Torbjørn Bull Jenssen, leading up to a panel debate on the topic of ICOs. Meholm works at Norway’s biggest bank DNB and talked about the history and future of money, whereas Bull Jenssen, regarded by many as the country’s biggest Bitcoin expert, wrapped up with a critical view of the exploding phenomenon of raising capital through ICOs.

Lasse Meholm on the history of money

The final segment of the conference was a panel debate on ICOs, moderated by BitSpace chief of operations Ivar Duserud.

The panel debate concluded the first part of the conference, but plenty of people had also signed up for the VIP dinner and the evening event CryptoNight Live.

Not only were things happening on stage. The conference was also a big occasion for people wanting to build new connections.

Personal growth coach and podcaster Morten Hake made sure to interview interesting prospects. Here he is speaking to the Liberland president Jedlička.

The conference was also a great display opportunity for sponsors.

Main sponsors of the event

Frode Reinsbakk and Max Wang holding up their napkin deal

The BitSpace team hosting the conference

You can watch the entire event here: