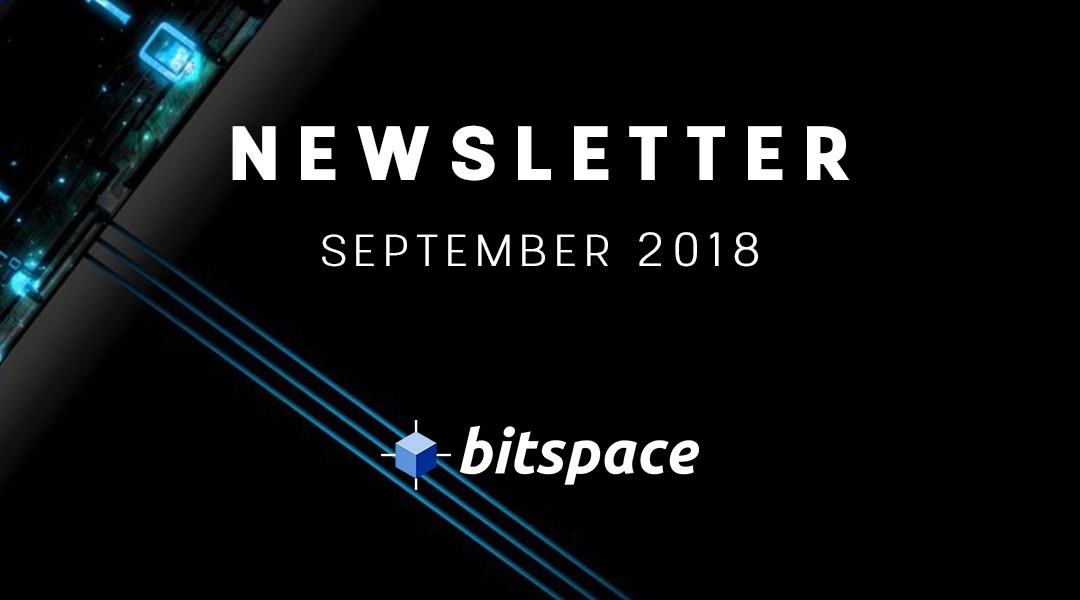 In its third year as a company, BitSpace is rapidly gaining experience on many fronts. From project incubation, witness operations to consulting work, here is a status update for the month of September 2018.

Our flagship project BitGate is close to being released and is undergoing closed beta testing at the moment. The BitGate wallet currently supports registering and signing in with BankID, sending and receiving BTC at your BitGate BTC address, as well as instant, free transactions between BitGate users. Even though the initial release of the BitGate wallet will only support BTC, it is built from the ground up with adaptability to other coins in mind. This applies both to the frontend and the backend, which allows us to expand our infrastructure to other crypto assets rapidly. We also have the new BitGate website up and running, where you can get all the latest news, read about our partners and subscribe to our newsletter. Sign up to request early access to the closed beta

BitSpace has recently finished a project for Norway’s biggest bank DNB, designing a solution for editing and signing contracts on the blockchain. The proof of concept was developed over the summer and finalized and presented at the DNB headquarters in August. BitSpace is very pleased to have DNB as a client, and we are hopeful that the project lays the foundation for further cooperation on bigger projects.

We all love wine and we are excited to see the the wine industry searching for opportunities in blockchain technology. Currently, BitSpace have agreed on a pre-project arrangement with two Norwegian serial entrepreneurs building the platform Wiv for wine investing. Having started the work in August, BitSpace is Wiv’s main blockchain partner and client. The entrepreneurs have a vast network in the European wine industry. More info on Wiv can be found here.

We are just over two months away from the biggest event of the year, CryptoFinance 2018. Featuring highly regarded personalities such as Colin Cantrell (Nexus), Ivan Liljeqvist (YouTube) and Vit Jedlička (president of Liberland), as well as hosting 40 leading EOS block producers for the Global EOS BP Summit, CryptoFinance will be a significant blockchain event on a global scale. Get your conference pass here

BitSpace international efforts are continuing and we have hosted three meetups in Krakow since the end of July. Most notably the Krakow Bitcoin Meetup on the 31st of August, where international speaker Giacomo Zucco gave a talk about the political and economic implications of Bitcoin. In late September, we are also excited to announce that we will be hosting Austrian Economics icon Jeffrey Tucker. If you are in the Krakow area, sign up now! 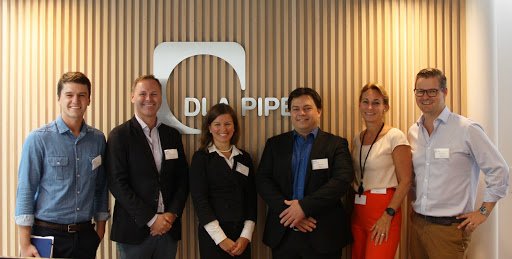 In our effort to build connections, be visible and bring value to the Norwegian IT and business communities, we always aim at participating and speaking at relevant events. Recently, we have presented at The Factory`s Kickoff event. The Factory organizes one of the leading startup accelerator programs in Norway, to which BitSpace was selected in the fall of 2016. We were also featuring at ICO for Breakfast, organized by DLA Piper, an event focusing on the legal aspects of ICOs. Finally, as a part of establishing our presence in Trondheim, BitSpace CEO Manuel Lains spoke about Blockchain and Emerging Technologies at NTNU University for INASCON 2018, an international nanoscience conference. Additionally, we have also featured in a cryptocurrency and blockchain edition of Payments & Cards Magazine, in which our CMO Matthew Bryce was interviewed. You can read the full issue here.

BitSpace also announced its partnership with Green Mountain in August. Green Mountain is a datacenter located in an actual mountain, right where the the landscape meets the fjords, enabling them to use 100 % renewable hydropower to operate and cool their award-winning, high-efficiency data facilities. Through the partnership with Green Mountain, BitSpace aims to encourage the launch of Blockchain projects from Norway with low ecological footprints and encourage the process of Green Mining. Read the full press release here.

In August, BitSpace announced a partnership with Nexus, a peer-to-peer network that improves on the speed, scalability, security, and accessibility of current blockchain protocols. The partnership helps new global business models integrate with Space Technology built around blockchain, and facilitates growth on an intercontinental level for developers, entrepreneurs and communities. In addition, Nexus Earth and BitSpace intend to create future technology research ventures between American and Norwegian Universities to pursue a like-minded mission of exploring space and discovering the future of decentralized technology. Read the full press release here.